One variety of rice that is getting the attention of the community for its nutritional value is brown rice. Brown rice is part of the grain group like wholewheat, oats, barley and rye. It is considered a whole grain because it is unpolished. This helps to retain more than 70% of the important nutrients found in the rice grains. In brown rice, the only part that is removed is the hull – the hardened outermost layer which is not palatable. The Malaysian Dietary Guidelines 2010 by the Malaysian Ministry of Health (MOH) recommends half of the carbohydrate foods we eat should be in the form of whole grains instead of the refined type.

Whole grain brown rice adds a powerful nutritional punch to your daily diet. Here are some of the important nutrients that brown rice is rich in that benefits your well-being:

Minerals – Brown rice is packed with minerals such as potassium, manganese, calcium, iron, magnesium, copper, phosphorous, iodine and selenium. A cup of cooked brown rice provides up to 88% manganese for an average adult. This mineral is important in the energy release process from carbohydrates and protein, is involved in the making of healthy sex hormones as well as providing essential component in the production of the enzyme Superoxide Dismutase (SOD) which helps our cells protect against environmental damage.

Iron – Brown rice has 60% more iron compared to white rice. Iron is a mineral which is required for the formation of red blood cells, which transport oxygen to your organs and muscles. A lack of iron in your diet can make you feel tired and lethargic.

Dietary fiber – A cup of cooked brown rice contributes 14% of dietary fibre for an adult. Fibre helps to combat constipation and reduce high cholesterol levels. Research shows that people who eat foods high in fibre, such as wholegrain brown rice, were better at maintaining a healthy weight. Those who eat high fibre foods were less likely to be overweight or obese. For diabetics, choosing grains high in fibre as part of a balanced diet, such as brown rice, helps control blood sugar.

Vitamins –The vitamins found in brown rice include vitamin A, vitamin B1 (Thiamine), vitamin B2 (Riboflavin), vitamin B6, Vitamin B Complex and vitamin E. The level of vitamin B group in brown rice is more than 10 times higher than that in white rice. Vitamins play a role in releasing energy from the foods we eat. They also support the nerve function and strengthen the immune systems so you are able to fend off infections and diseases.

Gluten free – Brown rice does not contain gluten, a protein that is widely found in other grains such as wheat, barley and rye. This makes it a suitable carbohydrate foods for people who are sensitive or intolerant to gluten so that they can still have sufficient energy intake and nutrients from their meals.

Cholesterol free – Like all rice types, brown rice is cholesterol free. Choose to make brown rice a main stay in your daily diet for better nutrition and health. It is the smart choice to eat like how Mother Nature intended you to.

Nutrition researchers have found strong evidence that a diet rich in whole grains, including brown rice, can play a role in preventing and managing chronic diseases, such as the following:

Cardiovascular Heart Disease
A long term study by Morris, Marr & Claytan (1977), on 337 subjects for 10 to 20 years, concluded that the reduction in heart disease risk was attributed to a high intake of wholegrain fiber, including brown rice.

Obesity
Whole grain appears to prevent weight gain in middle-age women, as shown in The Nurses Health Study which found that the subjects who ate more whole grains, such as brown rice, weighed less than those who ate less wholegrains.

Cancer Prevention
The UK Women’s Cohort study published by Cade et al in the International Journal of Epidemiology, on the fiber intake of over 35,000 women found that a diet rich in wholegrain fiber, such as brown rice, fruit and vegetables offered significant protection against breast cancer for pre-menopausal women. A study published in The Lancet by researchers Peter, Sinha and Chatter in 2003 reported a 27% reduction in colorectal adenoma compared to a low fiber intake.

Gallstone Prevention
The Nurses Health Study which spanned a 16-year period of 69,000 women found that participants who consumed the most fiber had a 13% lower risk for developing gallstones. 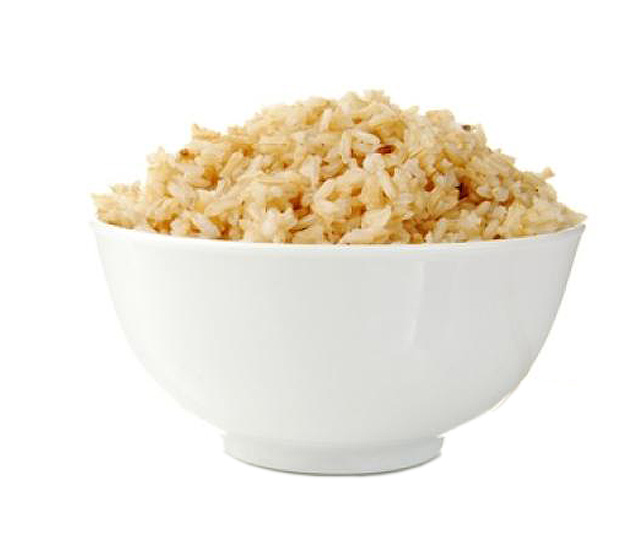